Saul Levmore has been the Dean of the University of Chicago Law School since 2001. Prior to joining the Chicago faculty in 1998, he was the Brokaw Professor at the University of Virginia School of Law, and a visiting professor at Yale, Harvard, Michigan, Northwestern, and Chicago. He has taught torts, corporations, non-profit organizations, comparative law, public choice, corporate tax, commercial law, insurance, and contracts. He is a member of the American Academy of Arts and Sciences, and the past president of the American Law Deans Association. Away from law, he has been an advisor on corporate governance issues and on development strategies and is the author of a book on games and puzzles. His writing has cut across many fields, and most recently has concentrated on topics in public choice, Internet anonymity, financial and risk regulation, and disaster relief and avoidance.

AD: Since we try to conduct our interviews in the spirit of the great Stephen Colbert, I have to ask you this question: AdmissionsDean.com — Great idea, or brilliant idea?

AD: Ok, I’ll just put you down for “brilliant idea.” You are turning over the helm to a new dean, Michael Shill, in January. Looking back, what changes/accomplishments at Chicago Law are you most proud of during your deanship?

SL: I’ll let others decide that. There is a great deal to be proud of here.

AD: Looking forward, what do you predict will be the biggest change in the way all law schools operate over the next decade?

SL: I think the top ten to thirty law schools will admit more students (but not Chicago) once they find ways to do this that do not hurt their rankings. The middle tier will then need to reduce tuitions and services a great deal.

AD: Do you think applicants are getting good advice and navigating the law school admissions process fairly well?

SL: By and large, yes. Most have a good idea, given their LSAT scores and GPAs, of which schools are within reach. Most apply with good letters of recommendation in their files – though I think they overestimate the value of employment-related letters. They probably overestimate the value of interviews, but I don’t see that this does much harm. We do not interview many students, but as far as I can discern interviews are more a way for schools to recruit than to evaluate applicants. They are also a means of yield management; the more you fly a long way for an interview, the more the host school sees the probability of your accepting as high.

AD: How much emphasis should a law school applicant place in the USNEWS rankings?

SL: Very little to compare schools one knows something about. But if a school ranked 40th tried to say that it is the best law school for intellectual property, say, the rankings are a very useful way of helping one see that even a free ride at that school is quite inferior for most applicants to paying the way at a top ten school.

AD: What do you think of your fellow colleague, Chicago Law’s Brian Leiter’s, rankings of law schools?

SL: It is much more thoughtful than US News. The latter ends up giving great weight to foolish things, like per capita expenditures and bar passage rates that are poorly calibrated. It is easy to be better than that. For instance, Chicago was 47th in bar passage rate (!!) which hurts our overall ranking – even though our absolute passage rate was the highest of all top schools. The ranking was depressed because Illinois is a relative easy state in which to pass, so the “degree of difficulty” applied meant that even when every grad passes, we do poorly in that category. Come on!

AD: There is a lot of interest in law students who transfer these days. Some critics say that because schools do not have to report LSAT/GPA scores of transfer students, that some law schools are doing an “end around” the USNEWS rankings by taking a smaller 1L class packed with students who have higher scores and then admitting a large number of transferring 2Ls. As a dean of a relatively small law school, do you have any thoughts about this practice?

SL: I agree with the critics. On the other hand, many transfers thrive. I would always transfer to Chicago or Yale, for example.

AD: What do you find to be the biggest adjustments incoming ILs must make who have just graduated from college and are now settling into Chicago’s academic environment?

SL: For serious students, by which I do not mean ones who hate fun but rather students who like ideas and have intellectual curiosity, I think college is a much more difficult adjustment than is law school.

AD: You are one of the very few people in America today who can say that you were President Obama’s boss while he was a Senior Lecturer at Chicago Law. Two questions come to mind. First, what are your recollections of President Obama as a professor at Chicago Law? And, second, now that he is the President and you remain Dean of Chicago Law, do you feel as if your talents have gone a little unrecognized?

SL: Funny. Yes, I am proud of having had two employees who won the Nobel Prize. (President Obama and Professor Ronald Coase) But, of course, a few more deserve the Nobel. As for Presidents and Justices, it is nice to know them, but large schools will, in the long run, turn out more celebrities.

AD: In addition to being dean at Chicago, you are a widely known as a phenomenal teacher. What do you most love about teaching?

SL: I like to show students that law cam be interesting, or even mesmerizing, for an hour and then for a year and then for an entire career. I hate repeating what is in the reading and I love showing students that the problem addressed in a case or statute is really a familiar problem in life. I also learn more in the classroom than I do anywhere else.

AD: We’ve heard you had a brief stint as a stand-up comedian. Is this true? How did you make the jump to the law? Did the experience help you in any ways as a professor? When was the last time you did a gig? Do you have any plans to make another appearance? And who are a few of your favorite comedians today?

SL: No, I’m afraid not. Of course if I had such a gig, I would not say so, because no one takes comedians’ opinions seriously. Nor did I work for the circus. I may however have wrestled a bear, as some of my Torts students know.

AD: Thanks so much for taking the time to share your thoughts with our readers.

SL: Not at all. It was my pleasure. 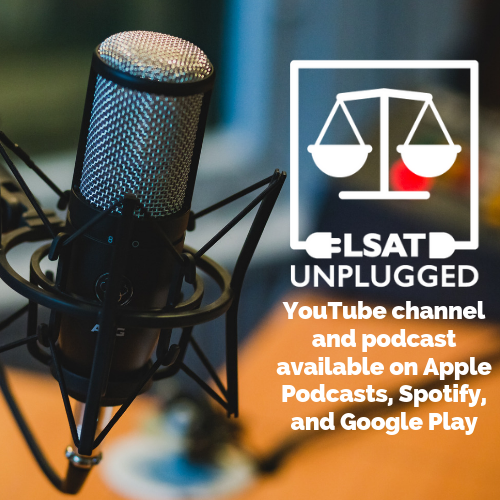 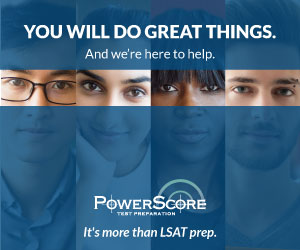